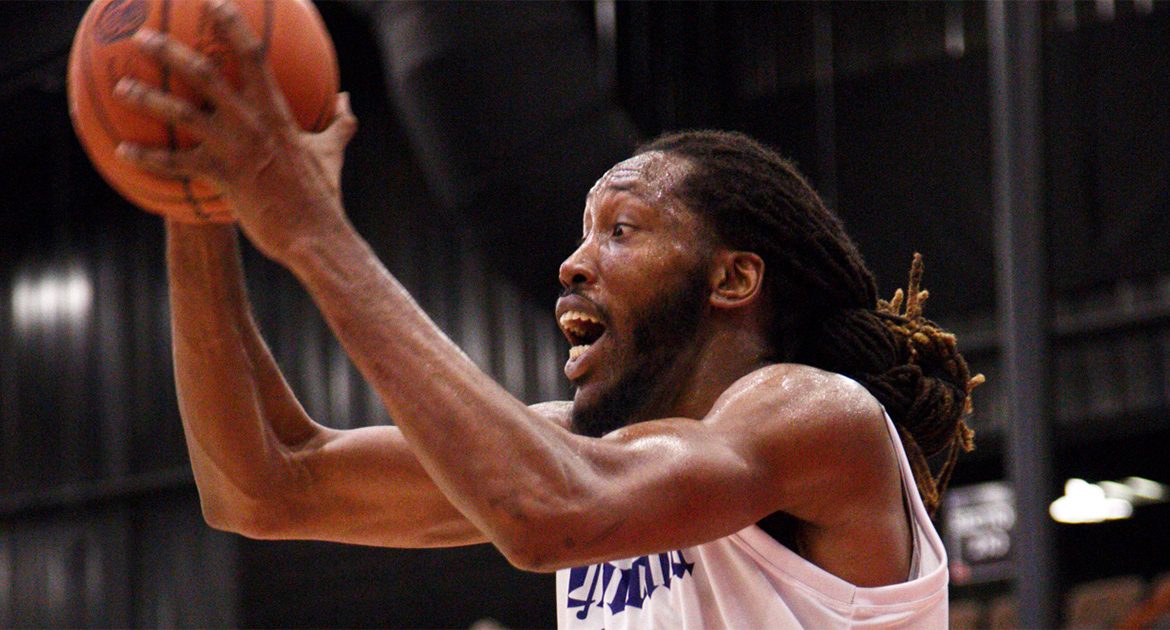 SHAWNEE, OKLA. — At this point in the season, having played each other many times, teams are very familar with the other’s tendencies. Friday night was another example for the Potawatomi Fire and Little Rock Lightning. In their fifth meeting of the season, the Fire earned a hard-fought result on their way to a 103-98 victory.

After trailing by one point after one quarter, the Fire used a nine-point edge in the second frame to take a 55-47 at the break. The Fire led 79-72 after three quarters but Little Rock rallied in the fourth quarter and even led on a few occassions in the last five minutes. Key layups and big free throws down the stretch from Munson, Lyle, Foster and Drelan Tripplett (Oklahoma City, Okla. / York (NE) College) helped seal the win for the Fire.

Much like the narrow final score, many of the key categories were also close. The Fire outrebounded the Lightning 68-50 but the teams were equal in points in the paint with 50 each. The Fire shot 38% from the floor while Little Rock went for 39%. The Lightning made eight from outside while the Fire knocked down seven. Free throws ended up being a difference for the Fire, as they made 26 of 39 (66%) while the Lightning shot just 57%.

Percell Washington had 32 points and 19 rebounds to lead Little Rock.

“There’s no secrets between teams at this point,” said Fire head coach Derrick Rowland. “When you’ve played each other so much, teams know how to gameplan for each other. We’re happy to get this win and get ready for Sunday. We have a huge game with Enid on Sunday for first place and need all the fans to come out to FireLake and be loud.”

This win keeps the Fire in a first place tie at 12-3 with Enid (with Shreveport also in the mix). The Oklahoma in-state rivals meet for the fifth time this season on Sunday, with the Fire looking to avenge their worst loss of the season on April 8 at Enid. Sunday’s game will celebrate women-owned businesses with speakers and networking prior to the game beginning at 1:30 p.m. It is also Pink Out For Cancer Day with special jerseys and other promotions during the game. Women get in free for Sunday’s game with tipoff at 3 p.m.